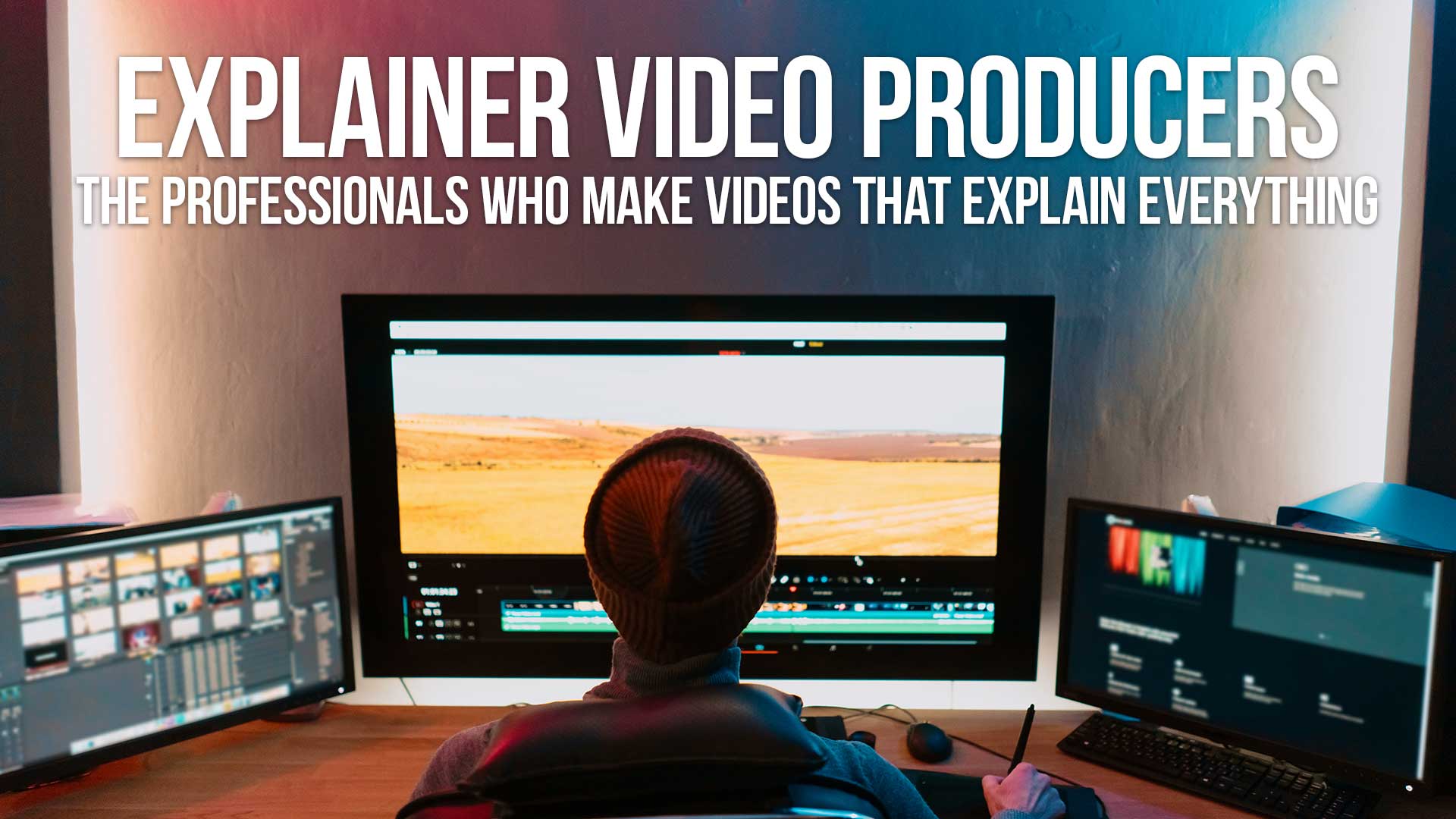 Explainer Video Producers - The Professionals Who Make Videos That Explain Everything

You’ve seen them everywhere. They’re short, engaging videos that explain everything from how to use a complicated app to the inner workings of a nuclear power plant.

But what exactly do these professionals do? Let’s take a look.

The first step in creating an explainer video is to come up with a script. This is usually done in collaboration with the client, as they are the experts on their product or service. Once the script is finalized, it’s time to start animating, screencasting or shooting.

Depending on the scope or type of the project, this can be done with an animation team or an entire film crew.

There are fives main types of explainer videos:

Animated Explainer Videos: These animated videos use 2D or 3D animations to bring the script to life. They’re often used for products or services that are hard to film, like apps or software.

Hand-Drawn Animations: As the name implies, these videos are drawn by hand, cartoon-style. They can be a great option when done well, and they can have a charming, nostalgic quality.

Screencast Explainer Videos: These videos use screen captures and live-action footage to show how a product or service works. They’re often used for websites or applications.

Live-Action Explainer Videos: These videos use real people and locations to tell a story. They’re often used for services that are best explained through real-life examples, like restaurants or retail stores.

After the footage is shot, it’s time to start editing. This is where an explainer video producer earns their keep, as they must take hours of footage and distill it down into a few short minutes that are both informative and engaging. This often requires creative thinking and outside-the-box problem solving, as there is usually a lot of material to work with and only so much time to tell the story.

If the style of the explainer video is animated, an animator must work to create the visuals. This can be a lengthy and involved process, as each frame must be hand-drawn or otherwise created.

Once the editing is complete, it’s time to add some finishing touches in the form of music, sound effects, and graphics. This is where an explainer video comes to life and becomes an engaging piece of content that people will want to watch.

Why Use an Explainer Video?

Explainer videos are a great way to quickly and effectively communicate complex information engagingly. They’re also versatile – they can be used on websites, social media, in email marketing campaigns, and even at trade shows.

If you’ve ever wondered how those short, engaging explainer videos are made, now you know. It’s a process that requires creative thinking, Outside-the-box problem solving, and a passion for telling stories. So next time you see one of these videos, take a moment to appreciate all the hard work that went into making it.

Get Animated: The Benefits of Animation Video Production

5 Types of Explainer Videos to Market Software and SaaS